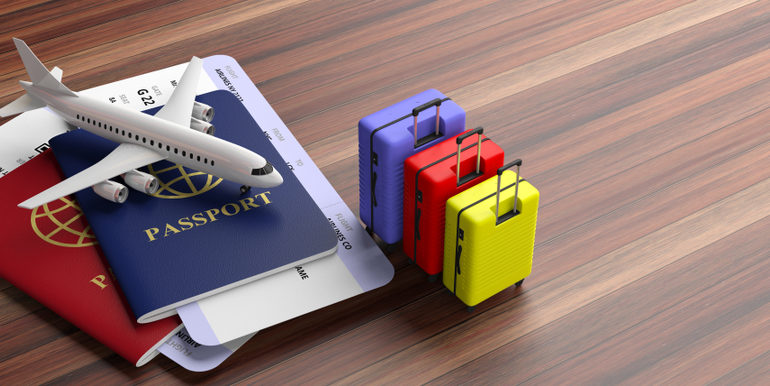 Since the coronavirus pandemic trickled across Canadian borders more than a year ago, immigration to Canada essentially came to a halt, with ripple effects across Canadian real estate markets. Despite Ottawa’s ambitious plans to welcome more than 400,000 newcomers to the Great White North, only 184,000 successfully immigrated to Canada, down 50 per cent from the previous year. This was the lowest level since 1998.

But now that the world is slowly emerging from the depths of the COVID-19 public health crisis, the federal government is attempting to open its borders again to more than 400,000 immigrants annually beginning this year. The current proposal calls for 401,000 immigrants in 2021, another 411,000 in 2022, and 421,000 in 2023, bringing the total to approximately 1.2 million over a three-year period.

How will these numbers affect the post-pandemic economic recovery? And, considering how strong it has been over the last 16 months, even without new immigrants, how would these levels affect the Canadian real estate market? The early estimates suggest that this migration will not only encourage a substantial economic boom, but greater immigration levels would also continue to support the Canadian housing market, albeit at a modest pace.

How Will Immigration Help Local Real Estate Markets in Canada?

Speaking in an interview with The Georgia Straight, Royal Bank of Canada (RBC) senior economist Robert Hogue does not believe the influx of Canadian immigrants will substantially increase housing prices, although they could provide support during a downturn. However, at the same time, Hogue thinks immigration will serve more as “a safety net” for the next couple of years.

“When we look back over the past 15 months, the drop in immigration hasn’t done anything to weaken home prices or home resale activity,” Hogue said. “And so to go forward, it might not necessarily have the opposite effect of boosting prices per se, at least in very short order.”

While it is unlikely the Canadian real estate market would endure a U.S.-style collapse comparable to the 2008-2009 Great Recession, immigration would act as “a supportive factor on a go-forward basis.”

It is also important to remember that newcomers are not arriving at the border without nickels in their pockets. These permanent residents are carrying money for their settlement, not to be a financial burden for Canadian taxpayers. This is terrific news for the housing sector, particularly for sellers, since they could perhaps sustain the enormous demand from the last year.

But immigrants’ support of the country’s housing sector might not be equal since many newcomers locate to the major urban centres, such as Toronto, Vancouver, Ottawa, and Montreal. Now that Atlantic Canada is slowly becoming a critical hub for economic growth, will more home-buying immigrants be drawn to destinations like Halifax or St. John’s? Until that becomes a reality, industry experts will be monitoring the key metrics to determine immigration’s impact on buying and selling detached and semi-detached homes and condominium units.

It’s hard to get a full view of the impact of reignited Canadian immigration without looking at the other crucial segment of Canada’s housing industry: the rental market.

When immigrants newly come to Canada, they usually rent an apartment or a condominium unit in a rental market like Toronto or Vancouver. Even temporary visitors, such as those on a work visa or are attending a well-known university, take up some of the tight rental supplies, further fuelling prices. Is this set to happen again in the coming years?

As the pandemic economy begins to subside, people are, once again, clamouring to live in small units in the big cities. Despite the idea that suburbs and rural communities would be experiencing substantial growth on the other side of the lockdowns, people are being called back to the office, and thus, the demand for urban rental units grows.

Suffice it to say, professionals will need to live where the jobs and schools are again, even if it is expensive.

How much money did the world save during these chaotic times?

During the pandemic, there has been a lot of speculation as to what Canadian consumers would do with their pent-up savings. It is estimated that households accumulated approximately $167 billion last year, and many financial analysts believe this will be put into the lucrative housing sector. In this same vein, it is fair to assume that a good percentage of immigrants, many of whom endured the same stay-at-home orders in their countries of origin, have also put together a handsome windfall before moving their families to the Great White North. Whether these pent-up savings will be applied to the Canadian real estate market, or other parts of the economy, remains to be seen.

Either way, after more than a year of lacklustre growth, the Canadian economy could enjoy a significant cash injection over the next few years – and that is good for every sector!