How Does the Canadian Housing Market Compare to the U.S. Right Now? 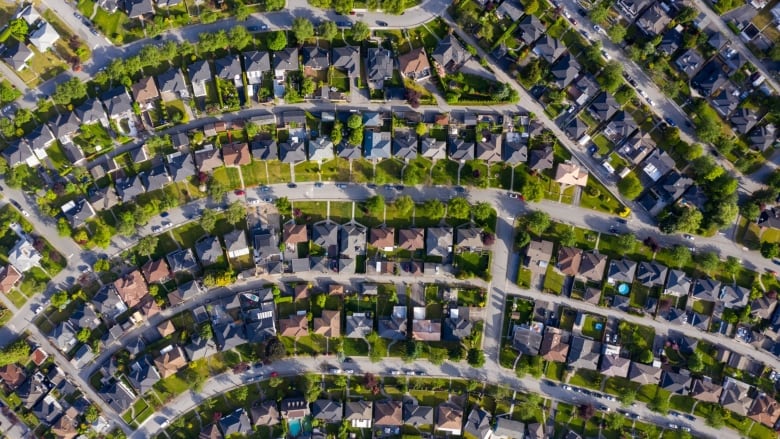 Are the U.S. and Canadian housing market in a bubble right now? Most importantly, after 15 months of skyrocketing gains, are both nations’ real estate sectors about to cool down? These questions are top of mind for real estate industry observers across North America who have been closely monitoring activity as both nations ease out of the unprecedented public health crisis of the past year.

From bidding wars to blind bidding, the two countries are going through comparable experiences in their respective real estate industries. Most important of all, sales activity and price growth have been through the roof since the early days of the COVID-19 pandemic. Fuelled by historically low borrowing costs and changing consumer trends, the housing gains in the Great White North and the Land of the Free have been monumental. And, in certain segments of the market, the growth has been record-breaking.

But just how similar is the Canadian housing market to the U.S. real estate market right now? We’re taking a deeper look at the numbers to find out:

How Does the Canadian Housing Market Compare to the U.S. Right Now?

According to the National Association of Realtors (NAR), existing-home sales across the US rose 1.4 per cent year-over-year in June to 5.86 million units, following four consecutive months of declines. Home resales advanced at an annualized rate of 22.9 per cent.

When it comes to housing stocks, the months of inventory clocked in at 2.6 months, down from 3.9 months at the same time a year ago. This is an important measurement for industry observers because it gauges the number of months it would take to exhaust supplies at the current rate of sales activity. But fresh supply could be coming to the U.S. market.

The Department of Commerce reported that housing starts jumped 6.3 per cent to a seasonally adjusted annual rate of 1.643 million units in June. However, because of skyrocketing lumber prices, and labour and land shortages, permits for future home building tumbled 5.1 per cent to 1.598 million units.

American economists are cautioning that housing affordability is an intensifying problem in markets across the United States.

“We look for a modest rebound in home sales and new home construction in the second half of the year,” said Sam Bullard, a senior economist at Wells Fargo, in an interview with CNBC. “Demand is not the problem, though affordability is problematic as home prices have soared given exceptionally lean inventory and will continue to be a headwind for the sector for the foreseeable future.”

Now, how does this compare with the Canadian real estate market?

Inventory remains tight as the number of newly listed residential properties slipped 0.7 per cent. The number of months of inventory stood at 2.3 at the end of June, up from the record low of 1.8 months in March. Still, it remains below the long-term average of roughly five months.

The latest data from Canada Mortgage and Housing Corporation (CMHC) found that the annual pace of housing starts slowed down in June, sliding 1.5 per cent to 282,070 units.

“While there is still a lot of activity in many housing markets across Canada, things have noticeably calmed down in the last few months,” said Cliff Stevenson, Chair of CREA, in a news release. “There remains a shortage of supply in many parts of the country, but at least there isn’t the same level of competition among buyers we were seeing a few months ago. As these conditions continue to evolve over the summer and fall, your best bet is to consult with your local REALTOR® for information and guidance about buying or selling a home at this stage in the cycle.”

Suffice it to say, both the Canadian and U.S. housing markets are coming back down to earth; welcome news for sidelined buyers who have been eagerly awaiting a cooling of the market. But there are still some concerning trends on each side of the North American border.

The U.S. and Canadian real estate markets each have individual and comparable trends that deserve a spotlight as we embark upon the second half of 2021.

The subprime mortgage crisis in 2008 was one of the chief contributors to the Great Recession. More than a decade later, Canada is facing some subprime mortgage fears that some are calling an “accident waiting to happen.” A new analysis from Bloomberg Economics found an alarming trend of more Canadian borrowers taking on zero-down mortgages. Although there are plenty of regulations that prevent subprime borrowing on a massive scale, the Bank of Canada (BoC) is warning that the quality of home loans is deteriorating, citing a survey of loan officers that revealed they have loosened mortgage lending conditions in the last three quarters. Since many are anticipating negative homeowner equity for the most recent homebuyers, concerns are mounting among industry observers.

The U.S. and Canada are each suffering from an affordability crisis that is pricing out young families from achieving the dream of home ownership. In Canada, the average price of a home is approximately $740,000, with valuations in the key markets of Toronto and Vancouver venturing north of $1 million. Even accumulating a down payment is taking longer for many households: roughly eight years. Moreover, people cannot simply relocate to a small town or a rural community since prices in these areas have soared to all-time highs.

South of the border, under-building has led to an “acute shortage” of housing, according to the National Association of Realtors, which published a study titled “Housing Is Critical Infrastructure: Social and Economic Benefits of Building More Housing.” It is estimated as much as 6.8 million housing units are missing from nationwide inventories.

NAR is calling for a “once-in-a-generation” response, while other housing professionals argue that the sector needs policy tools and new supply.

“The common means of solving Canada’s real estate challenges, such as the introduction of the stress test, solely addresses demand rather than finding a way to ensure there are enough homes for all Canadians. Unfortunately, we have yet to tackle the real issue behind housing affordability in Canada, which is supply. We share the RE/MAX opinion that addressing supply must be our top consideration moving forward,” noted Christopher Alexander, Senior Vice President of RE/MAX Canada, in a news release.

Is the Economy Too Dependent on Real Estate?

Is real estate accounting for too much of the economy’s growth? The BoC explained earlier this year that the housing boom had helped the recovery in the aftermath of the COVID-19 public health crisis. However, new Statistics Canada data in the first quarter revealed that housing investment is swallowing up about half of the economy.

“It’s very important for us to get back to our two-per-cent inflation target but the goal is for that to be sustainable,” Eric Rosengren, the president of the Boston Fed, told the Financial Times. “And for that to be sustainable, we can’t have a boom-and-bust cycle in something like real estate. I’m not predicting that we’ll necessarily have a bust. But I do think it’s worth paying close attention to what’s happening in the housing market.”