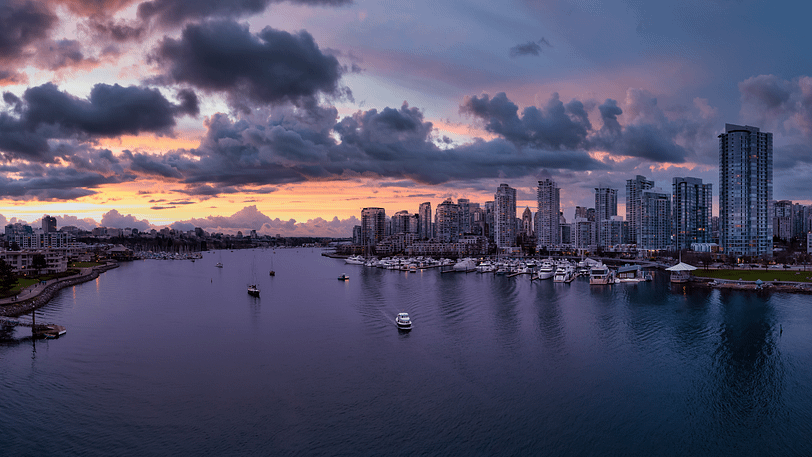 For years, one of the main discussions among Canadian real estate experts had been the influence foreign buyers had on housing prices, particularly in a city like Vancouver. Critics warned that foreign buyers would scoop up condominiums and semi-detached homes and leave these properties empty or market the units on Airbnb. If any jurisdiction combated this trend, valuations could drop, helping to make housing more affordable. So, what happened?

In 2016, the British Columbia government introduced a 15 per cent foreign buyers tax, which was later raised to 20 per cent by the province. But now, the federal government has established a new one per cent speculation tax on foreign buyers if homes sit empty. The new levy from Ottawa will go into effect next year, promising that this money will go back into the housing industry. The government made it clear: “Speculative demand from foreign, non-resident investors contributes to unaffordable housing prices for many Canadians.”

Will these measures be effective in curbing unsustainable price hikes? Did previous measures improve the Vancouver real estate market for first-time homebuyers? The consensus among market observers was that it was a band-aid solution with very little effect on affordability. Even when BC raised the tax by a hefty amount a few years ago, benchmark prices of homes in Metro Vancouver still advanced. But now some time has passed, and market conditions are vastly different; are foreign homebuyers still scooping up Vancouver real estate?

In 2020, foreign homebuyers accounted for 1.4 per cent of the British Columbia real estate market.

During the coronavirus pandemic, Ottawa imposed travel and border restrictions to curb the spread of the highly infectious respiratory illness. This substantially reduced the number of foreign students, limited outside investment, and discouraged foreign buyers from acquiring Canadian real estate.

In North and West Vancouver, there has been close to zero foreign buyers. Did the vanishing act lead to lower prices? Quite the opposite: 60 homes sold for at least $5 million in the area. It continues to be a supply-side issue for the housing industry, in addition to historically low interest rates and pent-up demand unbalancing the market. Until inventories improve, Vancouver real estate will continue to burn red-hot.

To be fair, the trend of foreign homebuyers had been on the decline before the COVID-19 public health crisis. According to BC Ministry of Housing data, foreign buyers as a representation of property purchases had fallen to around one per cent, down from three per cent in 2018. However, once again, as the post-coronavirus global economy returns to some semblance of normalcy, analysts say that there could be a return of foreign buyers since international demand never really disappeared.

It is unclear when Ottawa will lax restrictions at the border and resume travel and immigration. When it does, it could add further pressure on strained supplies. As investors became wealthier during the pandemic, they could be able to afford and absorb a one per cent federal tax and potentially shift their interest from British Columbia to Ontario, Quebec, or even Atlantic Canada.

Whatever the case may be, Brendon Ogmundson, the chief economist of the B.C. Real Estate Association (BCREA), believes these types of taxes only buy time rather than address the heart of the matter. The world is vastly different in 2021 than it was in 2016, so new trends could form in this day and age.

“We keep enacting these policies that buy us time, and then we don’t do anything with that time. The problem is that every time demand is on an upswing, it’s hitting a very undersupplied market,” he said, adding that a tiny sample drove public discourse.

New Democratic Party leader Jagmeet Singh promised a 20 per cent foreign home buyers tax, projecting that the revenues would be used to spend $14 billion on housing construction. It is unclear if this would complement certain jurisdictions’ penalties on outside buyers.

“Let’s massively invest in housing as a way to create jobs locally in communities and as a way to ensure people have a place to call home,” Singh said during a virtual news conference in early May. “We know that people are treating Canada like a stock market when it comes to housing and just plopping their money into the housing market, hoping it will continue to grow.”

The NDP ostensibly does not believe that the Liberals’ one per cent goes far enough. A recent study from TD Economics concluded that the speculative levy would be “unlikely to significantly dent current activity.”

Moving forward, the objective is clear: add fresh supply to ease sky-high prices. But is penalizing foreign buyers the way to go? Many industry observers have asserted that this is a feel-good tool that might look like it will improve the situation but will hardly achieve much of anything. Until new supply comes to the market, property prices across Canada will continue to escalate – with or without the involvement of out-of-country buyers.